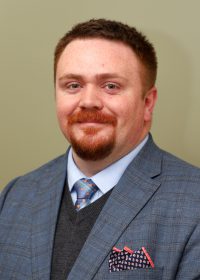 
Dustin joined the union in 2013 when he was hired at the Safeway Fuel Station. He quickly saw a need for a lead within his small team of nine employees and stepped up to become the team coordinator and then shortly after, as a shop steward. He’s passionate about helping others and used his one-on-one time at work with co-workers to explain their contract, wages and benefits. In doing so, he supported his colleagues in becoming much more familiar with their rights while creating a better workplace. Throughout the years, Dustin was active on his workplace’s Health and Safety Committee, contributed in two rounds of bargaining, was a participant in UFCW Canada’s Youth Internship Program (YIP) and has continued his commitment to becoming an even stronger advocate by taking many courses from the UFCW 832 Training Centre. Dustin worked on-and-off as a Relief Representative with the union for before being hired as a full-time Union Representative in October 2022.