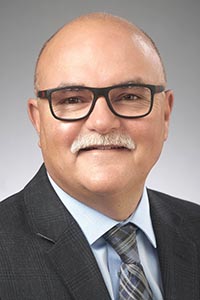 
Jeff Traeger is the third, full-time President in UFCW Local 832’s 84-year history. He was first elected in fall 2011 and is currently serving his fourth term. In addition to leading the largest private sector union in Manitoba, Jeff also serves as the Secretary-Treasurer of the Manitoba Federation of Labour and represents the interests of working Manitobans as a member of the province’s Labour Management Review Committee.

Nationally, Jeff represents Manitoba on the UFCW National Defense Fund where he sits as an administration and audit committee member. He is a member of the UFCW Canada National Council and an International Executive Board Vice-President for the UFCW International Union headquartered in Washington D.C. Jeff Chairs most of the Health and Welfare Trust Funds that provide benefits to Local 832 members and is also a trustee on the Canadian Commercial Workers Industry Pension Plan, which has over 300,000 members.

“Being the president for such a progressive organization gives me the opportunity to work with and for many good and talented people. It makes it possible for me to have a positive influence on people’s lives on a daily basis and that is truly an honour”. 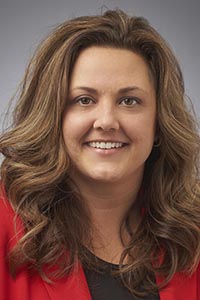 
Prior to joining the UFCW 832 staff, Marie was a member and shop steward at St. Boniface Hospital and at Safeway store 712 as a cashier and customer service clerk. Marie began her career with UFCW 832 as a relief representative in 2002 and became a permanent, full-time union representative in March 2003. In the same month, she was elected to the executive board of the UFCW Canadian Council. Marie has since served as UFCW 832’s Director of Servicing, Negotiator, Executive Assistant to the President and most recently as Director of Operations where she oversees all staff and operations of the Local’s three offices and two training centres in Manitoba. Marie was unanimously elected by the executive board to the position of Secretary-Treasurer in June 2021.

Marie represents UFCW Local 832 as a member of the Manitoba Federation of Labour Executive Council and is Secretary Treasurer for the Manitoba Council of Healthcare Unions. She is a trustee for a variety of Health and Welfare Benefit Plans, served a term as a board member for the Central Regional Health Authority and is a member of the Board of Directors for Manitoba Blue Cross. Born and raised in Winnipeg, Marie attended the University of Winnipeg and South Winnipeg Technical Institute. 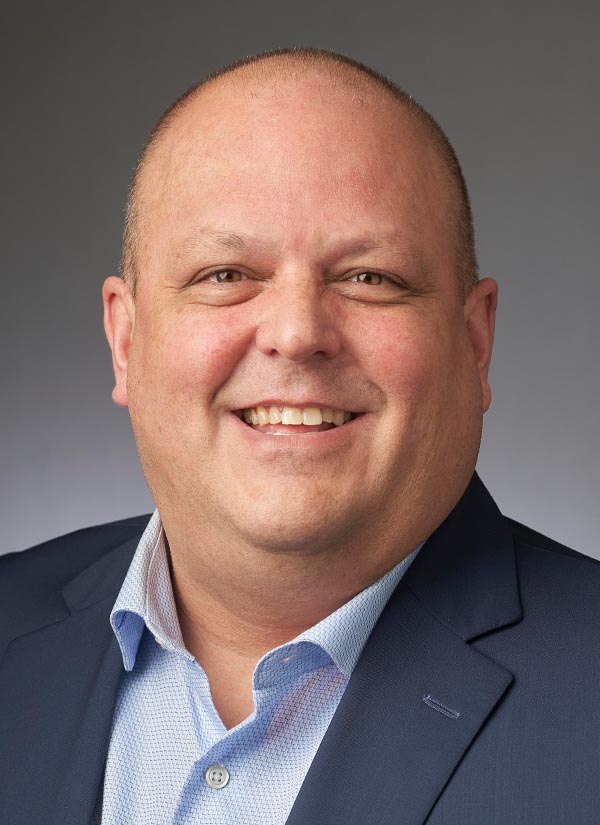 Executive Advisor to the President
Email Ron Allard
Prior to joining UFCW Local 832, Ron worked at SYSCO Food Services where he was a shop steward and then chief shop steward. During that time, Ron sat on the SYSCO negotiations committee, assisted with the picket line at Gourmet Baker and assisted the Local as a relief rep and served as a Special Projects Union Representative (SPUR) working on organizing campaigns. UFCW 832 hired Ron as a relief union representative for the retail sector in early 2006 and he was hired on as a full-time representative later that year. In September 2021, Ron was promoted to his current position. 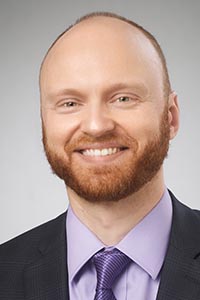 Director of IT, Facilities and Privacy; Office Manager
Email Max Paches
Max began working with UFCW Local 832 in 2005 as an IT contractor and was later hired as full-time staff. He’s taken on additional work at the Union including managing all of the Local’s IT infrastructure and its four facilities. In September 2021, Max was promoted to his current position where he now also oversees the Local’s health and safety committee, serves as its privacy officer and manages additional projects. 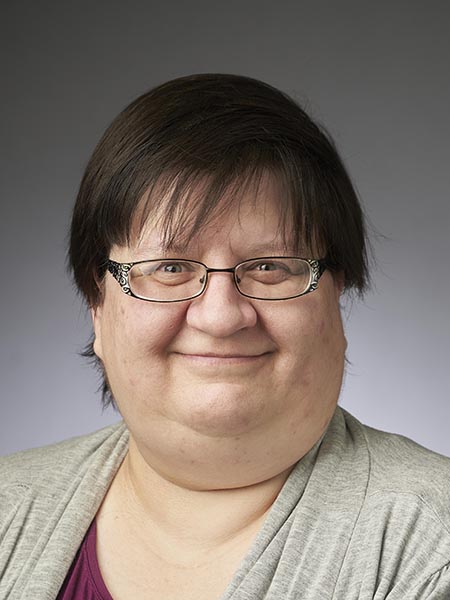 Recorder
Deborah Jones has been on the Local 832 executive board since 1998. She starting working as a security officer at Garda in May 1995 and became a shop steward shortly thereafter. Since 2001, Deborah is has been the chief shop steward at Garda. She worked with the union and training centre to assist in developing the training for security guards, which has been legislated in Manitoba. Deborah sits on Local’s women’s and social committees, as well as representing the Local on the Manitoba Federation of Labour Women’s Committee. She is also on the Winnipeg Labour Council’s executive. 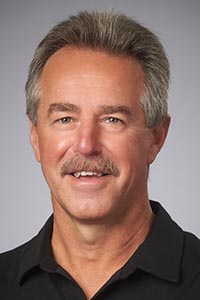 Vice-President
Sandy Barylski has been a union member since 1978. He started his career at Canada Packers, but has been at Sysco since 1994. For over seven years, Sandy has been the chief steward at the plant and participates in joint labour/management meetings. He has also been a member of the negotiating committee for two consecutive contract negotiations. Sandy was elected to the Local’s executive board in January 2018. 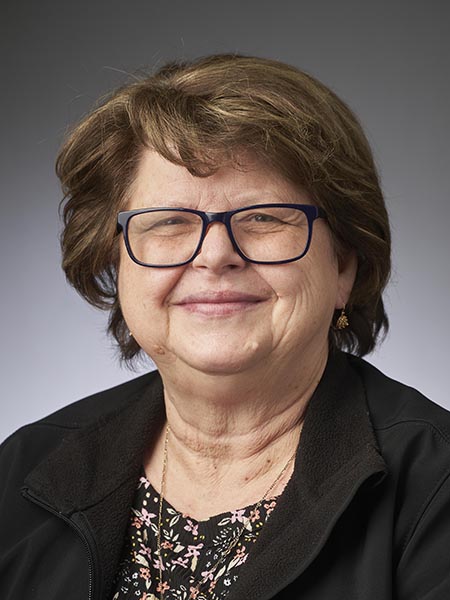 Vice-President
Kathy has been employed at Loblaw (formerly Westfair Foods) since May 20, 1980. For over 20 years, she has been a shop steward and a co-Chair on the health and safety committee. Kathy also served on the UFCW Training Centre Advisory Committee and was involved with negotiations for the last four union contracts. She has been a vice-president on the Local’s executive board since 2002.

Vice-President
Alex was born in the Ukraine. He moved to Canada in 2004 and has made Winnipeg his home. Since 2005 he has been working for Maple Leaf CF Winnipeg and is a member of UFCW 832. He started his career as a production worker GL in the curring department (night shift) and has been an operator of staffing machines, an employee of the sanitation department, a smoke house operator and ham formulator. Alex currently works in the bacon department as a dry goods receiver. He’s been an active shop steward since 2016 and in May of 2017, Alex became a vice-president on the Local’s executive board. 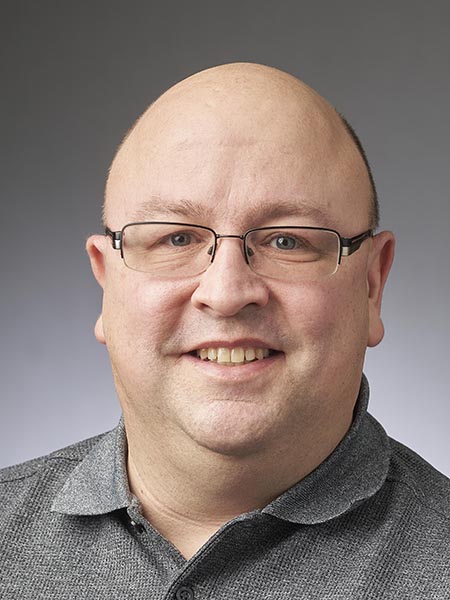 Vice-President
Wes has been a member of UFCW Local 832 since October 23, 1993, when he started working for Canada Safeway. Since 2001, Wes has helped his fellow members in his capacity of shop steward and has taken several of the shop steward classes through the training centre. Wes sat on the bargaining committee for the 2014 and 2018 Safeway negotiations and will be on the committee for the upcoming ones as well. He was elected to the UFCW Local 832 executive board in January 2018. 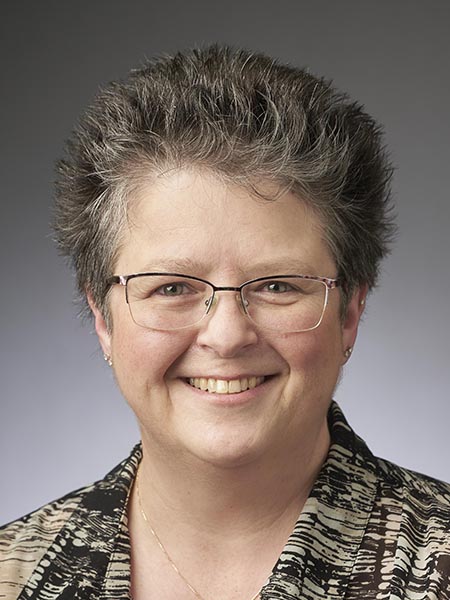 Vice-President
Charlene has been a member of UFCW Local 832 since October 1991, when she started as a Health Care Aide at Vista Park Lodge. Charlene has been a shop steward for approximately 20 years, and before that she sat on Vista Park’s Health and Safety Committee. She has had the privilege of sitting on the last four negotiating committees for Vista Park. Charlene is also an active facilitator at the UFCW Training Centre. 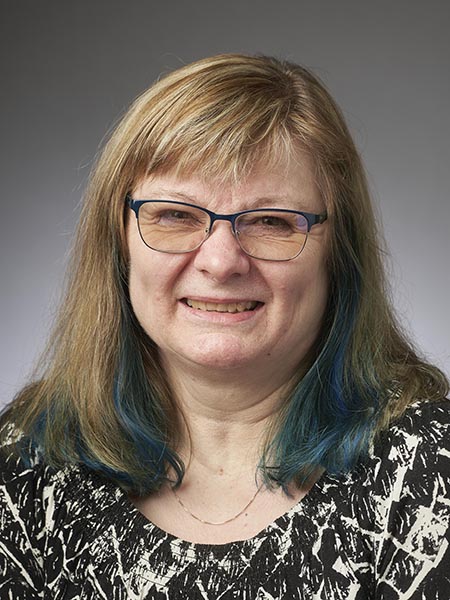 Vice-President
Since October 1987, Dianne has worked for Loblaw (formerly Westfair Foods). She has been a member of the health and safety committee for over 20 years and the worker co-Chair since 2000. Dianne has also been a shop steward since the early 1990s and a member of the union negotiating committee for the last two rounds of bargaining. She has served as a vice-president on the Local’s executive board since April 2007. 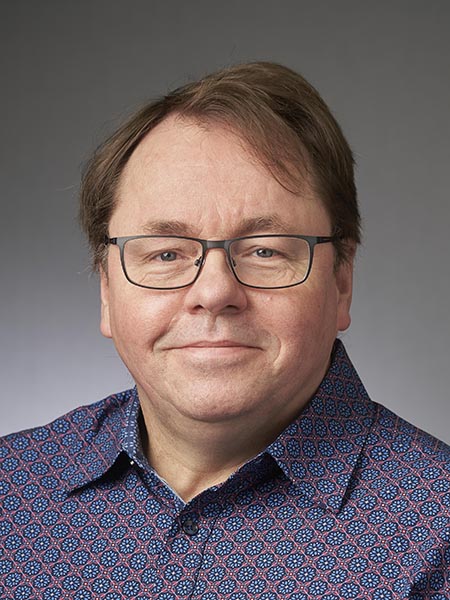 Vice-President
Dave began his career in 1988 at the Codville company (which was later purchased by Sobeys) as a selector in their warehouse. Since then he’s moved through all of the warehouse functions in various roles and is a Raymond certified trainer, responsible for training staff on all warehouse equipment from pallet jacks to forklifts and boomlifts. Dave’s workplace, Sobeys Retail Support Centre, unionized in 2014 and he was elected to its first bargaining committee in 2015. Since then he’s also actively participated in various committees on engagement and health and safety. Dave has been a Chief Steward since 2017 and travelled to Saskatoon twice to support the strike lines during the Co-op strike that ended in April 2019. Dave has run several half and full marathons in support of cancer research and enjoys spending time with his two amazing kids, painting, golf and photography. 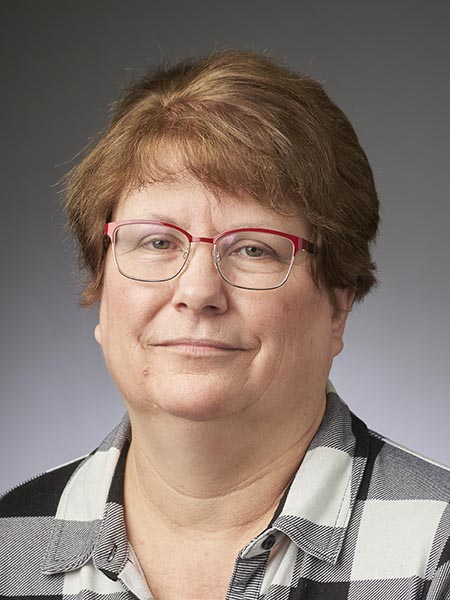 Vice-President
Lisa LaRosa has been a member of UFCW 832 since 1981, working for Safeway. She first became active within the Union when she became a Shop Steward in 2012. In 2018 in the second round of negotiations following Sobey’s buyout of Safeway across Canada, Lisa joined the Bargaining Committee to make a difference and get a fair deal for her fellow members. Now Lisa will bring her voice to the executive board where she hopes to improve the conditions for members all across Local 832. 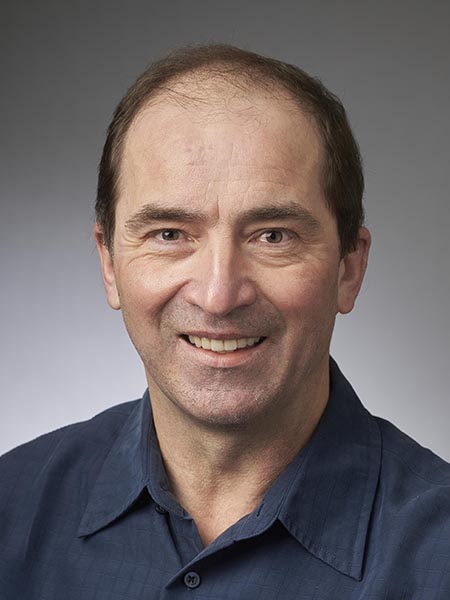 Vice-President
Frank has worked at Granny’s Poultry since 1981. He is a shop steward and has sat on the negotiating committee. Frank is a very strong union supporter and is always there for his co-workers. Frank has been a vice-president on the Local’s executive board since January 2014. 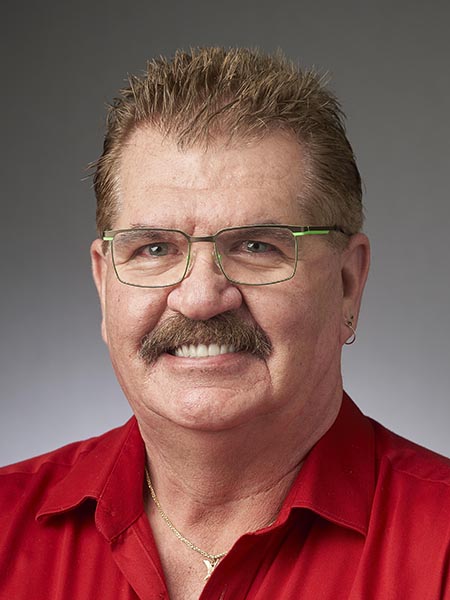 Vice-President
Dean Rodwell works at Maple Leaf Brandon and has been a member of UFCW since 2000. He works in the maintenance department at the plant and holds his plumbers and commercial (A) gas licence. Dean has been a member of the negotiating committee for the last three collective agreements and has been the chief steward for about 20 years. Since 2005, Dean also facilitates courses for the union’s training centre in Brandon and has assisted the union as a relief rep. Dean has been a vice-president on the Local’s executive board since 2010. 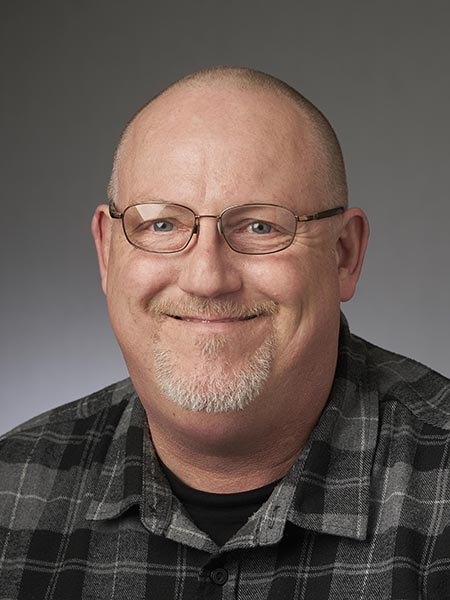 Vice-President
Roger has been employed at North of 53 Co-op in Flin Flon since 2011 in the bulk fuel department. Roger was appointed to the executive board in 2020, but before that, he represented his fellow members on both the health and safety committee and as a shop steward. In his off time, Roger runs his own home-based mechanical business. 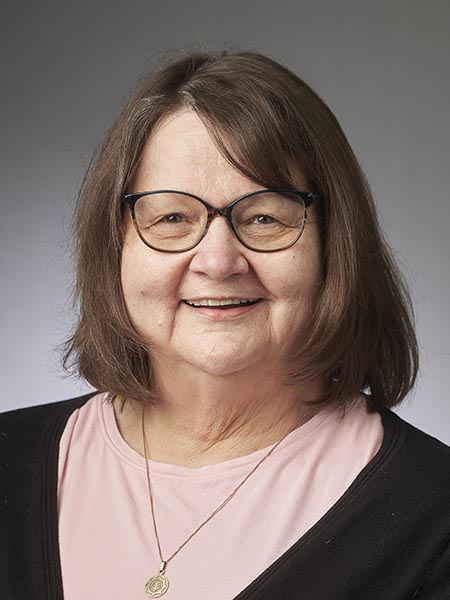 Vice-President
Deb works as a Labour Relations Officer with the Manitoba Nurses Union. She’s also a Shop Steward and has been on the last two bargaining committees. Deb was instrumental in working to help unemployed and underemployed Internationally Educated Nurses gain the support they needed in order to achieve their rightful place in Manitoba’s healthcare system through programs initiated at the Manitoba Nurses Union. She’s a long-time labour activist, going back to helping organize with SEIU at a care home in Selkirk when she was only 18. Deb believes in fighting for justice, equality and fair treatment for all workers. Deb also maintains her Registered Nurse license. 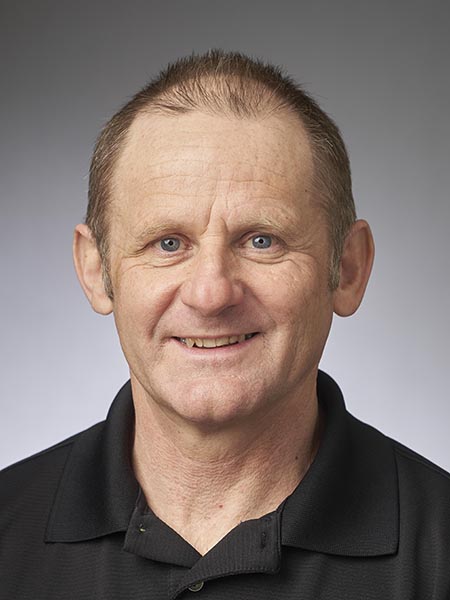 Vice-President
John Sulyma was appointed to the Local’s executive board on January 2013. He has been been employed at Pepsi since June 19, 1985, where John has been very involved with his union, serving on the audit committee, hardship committee and as a trustee. He is an active shop steward and has assisted on the bargaining committee. 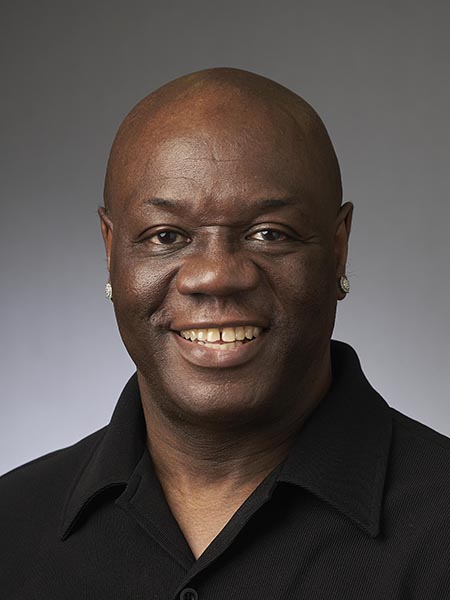 Vice-President
Malcolm Welch has been a member of UFCW Local 832 for 36 years. He first worked at Safeway for 31 years, and now he’s been at Red River Co-op for five. Malcolm first started out as a Shop Steward 20 years ago when he was working at Safeway. He was approached by another Shop Steward there, who took him under his wing and ever since that time, he has been a Union Activist. He’s been on four Negotiating Committees, helping to bargain fair contracts for his coworkers, and he’s active on the Joint Labour Managment Committee. Malcolm has also been a Special Projects Union Representative (SPUR), helping to organize workplaces, and he’s been a relief rep for the Union, providing assistance and relief to the team of Union reps. He is also active on the Health And Safety Committee. This has been a great journey for Malcolm, and he looks forward to his role on the executive board. 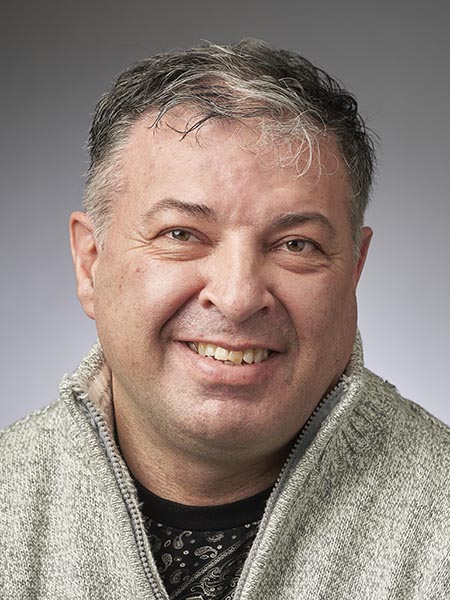 Vice-President
Tim Whitford was born in Gladstone and raised in Amaranth, Manitoba. He began working at HyLife Foods (then Springhill Farms) 18 years ago. Tim has worked mainly on the cut floor in many different positions and is currently working on the ham line. Tim moved from being a shop steward to assistant shop steward and held that role for 14 years. Recently, he became the plant’s chief shop steward. Tim has also been a member of the health and safety committee and was on the last two bargaining committees. In addition, he sits as a trustee for the jointly trusteed health and welfare plan and the pension plan for HyLife.
Back to top