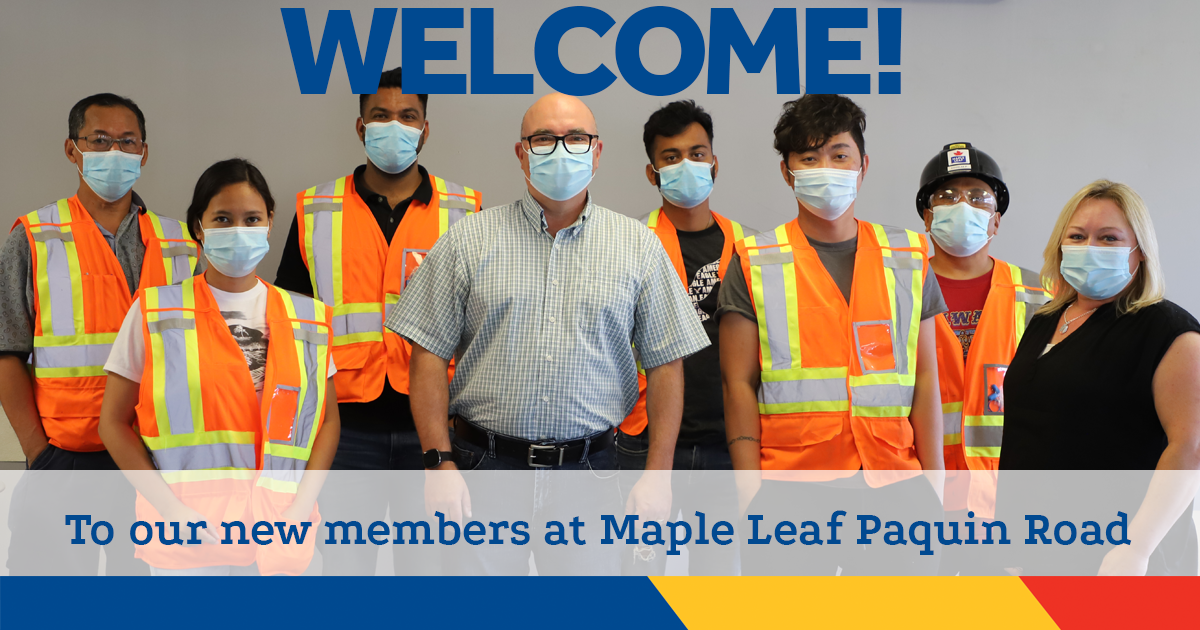 “Our union’s longstanding history of bargaining with Maple Leaf means these workers are starting off with a sophisticated contract that includes competitive wages and good health and dental benefits,” says UFCW 832 president and lead negotiator Jeff Traeger. “They join a membership of nearly 19,000 Manitoban workers and we look forward to working with them to improve their work lives in the years ahead.”

The five-year contract for our members at Maple Leaf Paquin Road closely resembles the collective bargaining agreement at the Maple Leaf Lagimodiere plant.

Maple Leaf Paquin Road is the first new plant that Maple Leaf Foods has opened in Manitoba since 1999. UFCW 832 members at this location will be packaging and shipping meat products starting this November. The company plans to initially employ 90 members and expand their operations significantly between now and 2023.