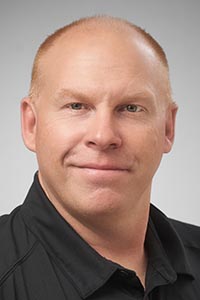 Jason Hawkins first became a member of UFCW Local 832 as an employee at Federated Co-op. During his 17 years at Federated, he sat on the union negotiating committee and was a long-term shop steward and health and safety committee member. In 2013, Jason started working on special projects for the Local during the Vista Park Lodge strike. He then worked as a relief union representative in the red meat, poultry and retail sectors. He found this work very rewarding and was pleased that he was assisting union members at the various workplaces. Local 832 hired Jason as a full-time union representative in March 2014. Jason holds a multi-engine pilot’s licence and has volunteered as a caseworker with the Winnipeg Police Victim Services.