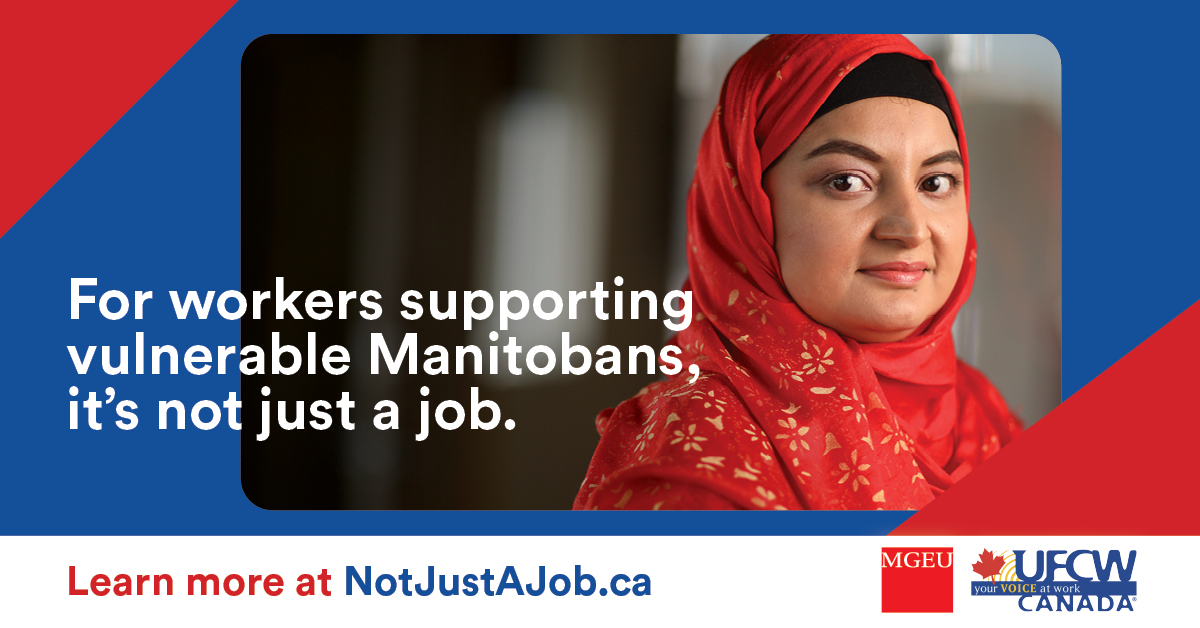 Consistent government under-funding has prevented workers from gaining the training they need to properly do their jobs, while keeping wages low. Workers are forced to look elsewhere to make their ends meet and support their own families, leaving individuals without the care they need and deserve.

To push for improvements, UFCW 832 partnered with MGEU and launched a joint campaign ad in support of workers who support Manitoba’s most vulnerable.

“Our members working in assisted living and working in homeless shelters deserve proper training, and an income that’s fair,” said Jeff Traeger, President of UFCW Local 832. “The turnover in these industries has long been a problem, and it’s about time this was fixed.”

Workers who look after our most vulnerable have many titles, but they all care greatly for the people they help. It’s time we cared for them.

Visit NotJustaJob.ca to sign the petition and add your voice!