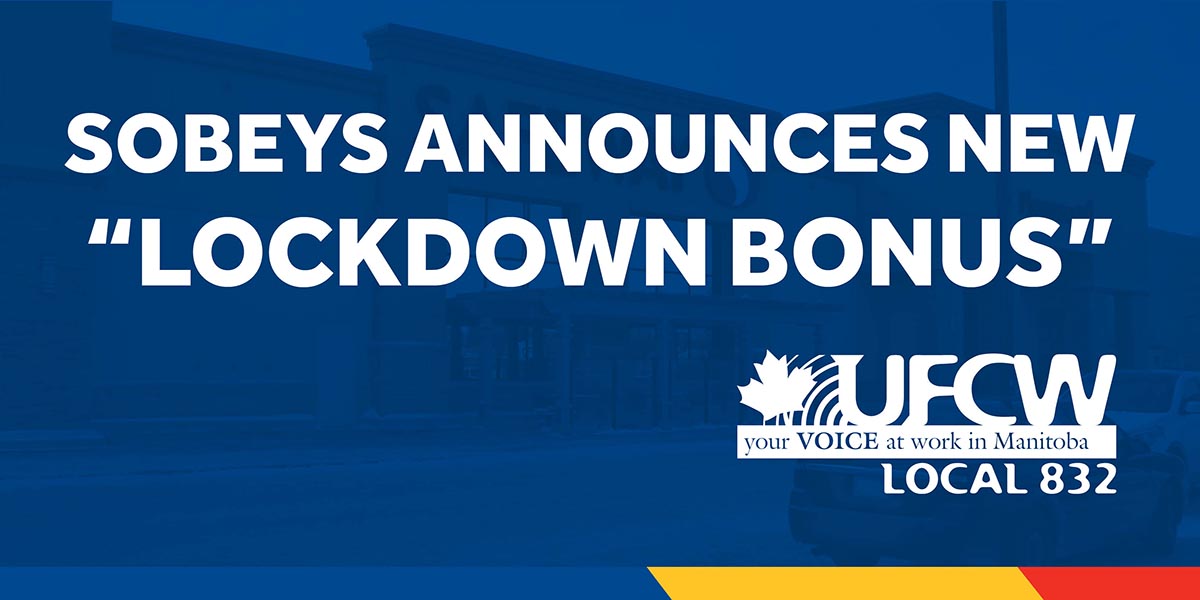 Earlier today, UFCW 832 was informed by Sobeys West Inc. that they will be reintroducing a new temporary incentive called the “Lockdown Bonus”.

“Workers on the frontlines of this pandemic need to be recognized during this critical time,” said Jeff Traeger, President of UFCW Local 832. “I want to thank Sobeys West Inc. for bringing back a new incentive for workers. It’s the right thing to do.”

Sobeys has stated in a letter that was posted in workplaces today that this bonus will last from ‘November 12 to December 12, or at such earlier or later time that the company determines based on the ever changing circumstances.’

Bonuses are awarded based on the number hours worked, scaling from an additional $10 per week up to an additional $100 per week for someone working 40+ hours. The vast majority of UFCW 832 members will receive between $25 and $75 extra per week.

The bonus will be paid out in every two months, and the first bonus cheque will not come until January however. If any employee leaves before the first pay period of the bonus, they will not be eligible to receive the bonus.

The Union will continue to push for other businesses to bring in their own incentives during this critical time.